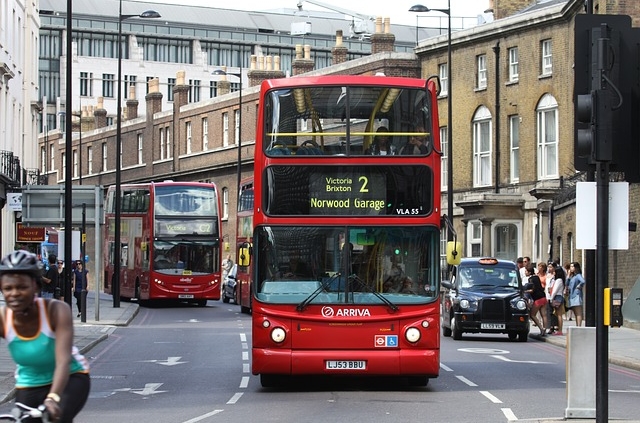 London’s air pollution problem is still far from solved. Progress has been made on some pollutants, for example levels of carbon monoxide and sulphur dioxide in London have dropped by 80% since 1996. There has been some progress in reducing PM and NO2 pollution, but levels still remain high. Analysis by Policy Exchange of data from air quality monitoring sites shows that the most polluted parts of London have levels of NO2 nearly four times the legal limit. It is also estimated that over 12% of London’s area was in breach of NO2 limits in 2010, with the most affected areas being Central London, the area around Heathrow airport, and other major transport routes.

There has been limited progress in reducing NOx levels since the early 2000s, both in London and in the UK generally. The failure to control NOx emissions is largely due to the growth in the number of diesel vehicles, combined with the failure of vehicle emissions standards to control emissions from diesels. Diesel cars now make up over 50% of all new cars sold in the UK, and 36% of the total car fleet (up from 7% in 1994), as well as being almost ubiquitous in the van, truck and bus fleet. Government policy has created incentives for people to switch to diesel, based on the CO2 advantage of diesel vehicles compared to petrol (albeit that this advantage has now been eroded). However, diesels emit much higher quantities of local pollutants than petrol vehicles.

Research shows that despite the introduction of progressively tighter vehicle standards (“Euro standards”), there has been limited improvement in NOx emissions from diesels over the last 20 years. The latest Euro 6 diesel cars show some improvement on previous models, but there is still a gulf between how they perform on the road and the official Euro 6 standards. A range of studies have shown that real world NOx emissions from the latest Euro 6 diesel cars are some 2.5 to 7 times the legal limits. The ongoing saga concerning Volkswagen’s use of illegal “cheat devices” during vehicle emissions tests is an exemplar of the failure of emissions standards. However, whilst other manufacturers have not used cheat devices, the vast majority of diesel cars still fail to match up to emissions standards on the road, particularly in urban driving conditions. By contrast, the evidence suggests that the latest Euro VI standard for heavy goods vehicles and buses has led to a significant reduction in NOx emissions.

The most recent air quality projections for London (which formed part of the evidence base for the ULEZ proposal) show that even with the current suite of policies, London is unlikely to achieve compliance with air quality limits by 2025. Indeed, the models show that 42sq km of London (an area equivalent to the size of Westminster and Camden combined) would still be above legal limits in 2025. In this scenario, the health impacts of air pollution would be significantly reduced, but not eliminated completely.

Overall this implies that current air quality projections should be treated as a best case scenario, and progress may well be slower. A programme of additional policies and solutions will be required in order to fully address London’s (and the UKs) air pollution problem.

Extract edited from ‘Up In the Air: How to solve London’s air quality crisis – Part 1‘, Policy Exchange, 2015