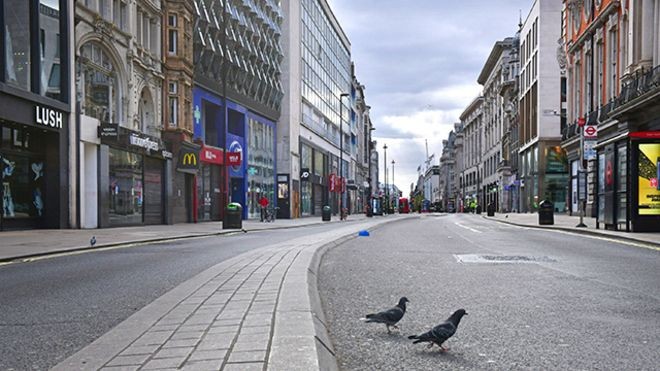 Much media coverage in the past few days of how air pollution levels have dropped over Europe since the Coronavirus lockdowns came into place, and most recently in the UK (see the BBC coverage from yesterday)

I know there isn’t much going on except for the virus at the moment, but really, does this classify as news? If they think so, I have another top story for them – ‘Man turns off faucet, water stops running’.

More than 50% of Nitrogen Dioxide pollution over Europe comes from transport. Stop people travelling, and levels go down. Obviously.

A much better question would be ‘what will happen when the lockdowns are no longer in place?’ I suspect that because people (and organisations) are creatures of habit, nearly all previous activity will resume and pollution levels will just go back up. In fact, the only reductions will likely result from the reduced levels of economic activity because of the severe recession that we’ll be experiencing.

Air pollution is estimated to cause 500,000 deaths every year in Europe; 10% of those are in the UK. It also impacts the lives of tens of millions more. Yet despite that, we don’t see widespread action taken to protect people. No country yet even ensures that pollution is properly measured or communicated in real-time – particularly important for the more vulnerable among us. The old, and those with underlying health conditions – sound familiar? In fact, the main difference between air pollution and the coronavirus would appear to be that pollution can impact young people from birth just as much if not more than adults.

Perhaps we should reclassify pollution as a pathogen against which humans have no immunity – would governments start to take it more seriously then?